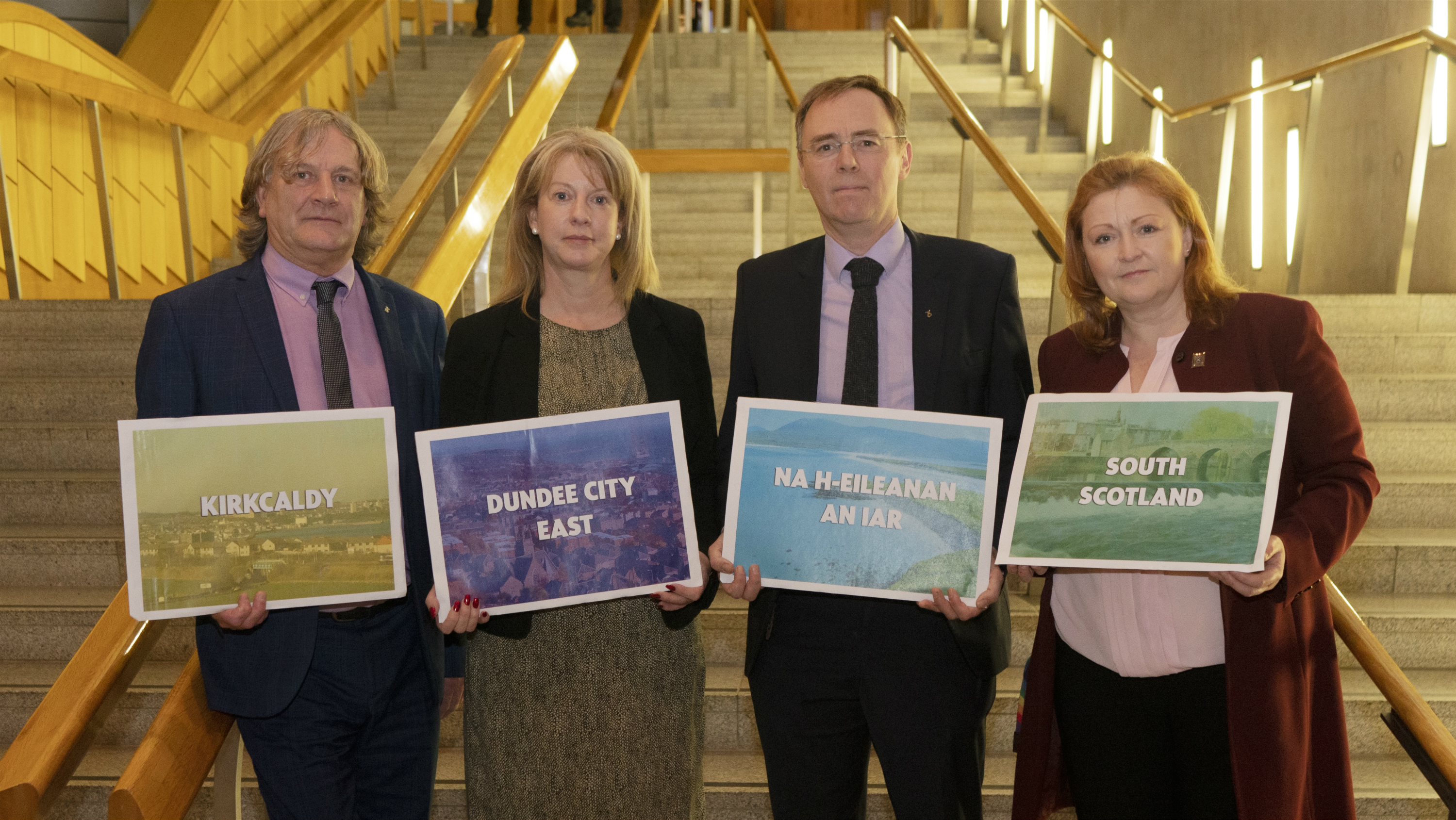 MSPs from across Scotland have teamed up to highlight their concerns over the impact that ending Freedom of Movement through Brexit may have on the local areas they represent.

The Parliamentarians from Na h-Eileanan an Iar, Dundee City East, Kirkcaldy, and South Scotland are hoping to raise awareness of the unique local impacts that Brexit could have across Scotland: whether that be in cities, towns, islands or rural communities.

Representing the Western Isles, Alasdair Allan MSP has highlighted the impact that ending freedom of movement would have on Scotland’s island populations. The islands MSP said:

“The biggest issue facing communities across the Western Isles is depopulation, with our working age population set to decrease by 17% over the next decade.

“The current system of free movement has allowed people from across the EU to do much needed jobs in the Western Isles. Whether it’s the doctors who work in our NHS, those working in the fishing industry or those who have come here and started businesses; EU nationals are an integral part of our communities and have contributed enormously.

“Ending freedom of movement has dire implications for our population projections. It would damage certain industries of vital importance to the islands while exacerbating labour issues across our health and social care sector.”

“Dundee’s higher education sector attracts significant talent from Europe for work, study and research. Sectors such as nursing and biological science depend heavily on European talent to provide the necessary skills. Ending freedom of movement and making it harder for European citizens to work and study in Scotland could have significant impacts not only on Dundee’s universities and colleges, but also have far-reaching consequences throughout Scotland.”

MSP for Kirkcaldy Constituency, David Torrance, has also highlighted concerns relating to the social care sector in towns with an aging population:

“Kirkcaldy has an aging population and relies heavily on care homes. Over 60% of these are now having problems with recruitment and finding people to work in them. Brexit is having an effect right now, with EU citizens leaving my constituency and the care homes that heavily depend on them. When Brexit comes into effect, recruitment for care homes in my constituency will be extremely difficult.”

"Rural communities like Dumfries & Galloway in my South Scotland region rely heavily on doctors, nurses, carers, and agricultural workers from the EU coming to the South West and supporting our communities. Despite being one of the most beautiful parts of the country, it can be challenging to attract workers already living in Scotland away from the attractions of the larger cities in the Central Belt to live and work here. The ending of the Freedom of Movement through the Brexit Withdrawal Agreement will mean less workers from EEA countries choosing to come live and work in the South West, which could lead to businesses downsizing or even closing."

On Wednesday 5th December, the Scottish Parliament overwhelmingly rejected the Brexit deal proposal offered by the UK Government, with concerns expressed about the impact upon constituencies across Scotland. The motion backed on a cross-party basis stated that a better alternative must be found.