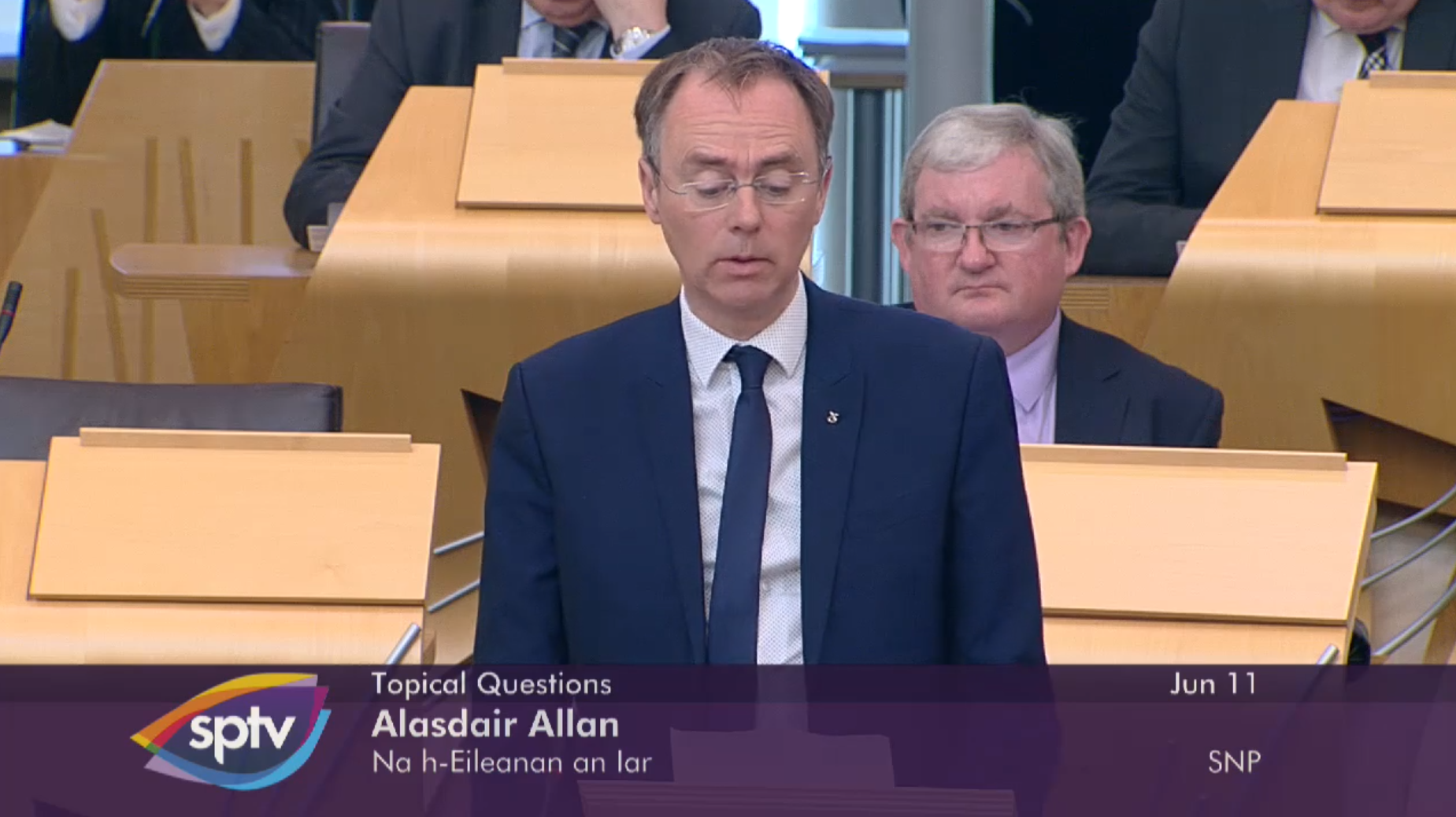 In the Scottish Parliament earlier today [Tuesday 11 June], Na h-Eileanan an Iar SNP MSP Alasdair Allan raised the dispute surrounding Rockall. The islet, located 240 miles west of St Kilda, has been the subject of renewed disagreement between the Scottish and Irish Governments in recent months.

Non-UK vessels do not have the right to fish in the waters around the UK’s territorial sea – defined as up to 12 nautical miles away from UK territory. In recent years, activity by Irish vessels in the area has increased sharply, from 15 incursions in 2015 to 33 in 2016 and 94 in 2017; causing the Scottish Government to formally notify Irish authorities that enforcement action would be taken against vessels fishing in the area illegally.

The islands MSP today raised an urgent question in the Scottish Parliament asking the Scottish Government about the action being taken to protect Scotland’s fisheries interests around Rockall.

“The fishing industry is vitally important to my constituency and many other communities across Scotland. In the context of the large increase in illegal fishing activity around Rockall, the Scottish Government has been absolutely correct to take the action it has in protecting the rights and interests of Scottish fishermen.

“Domestic law recognises Rockall as part of Scotland, and the Scottish Government clearly has a duty and an obligation to regulate fishing rights in the territorial waters around it, as is laid out in the United Nations Convention on the Law of the Sea.

“This dispute should not impact our constructive relations with Ireland, and I welcome the recent comments from Irish Tánaiste (Deputy Prime Minister) Simon Coveney about wanting to take the heat out of this discussion. I look forward to Parliament being updated on any further developments and discussions between the two Governments.”